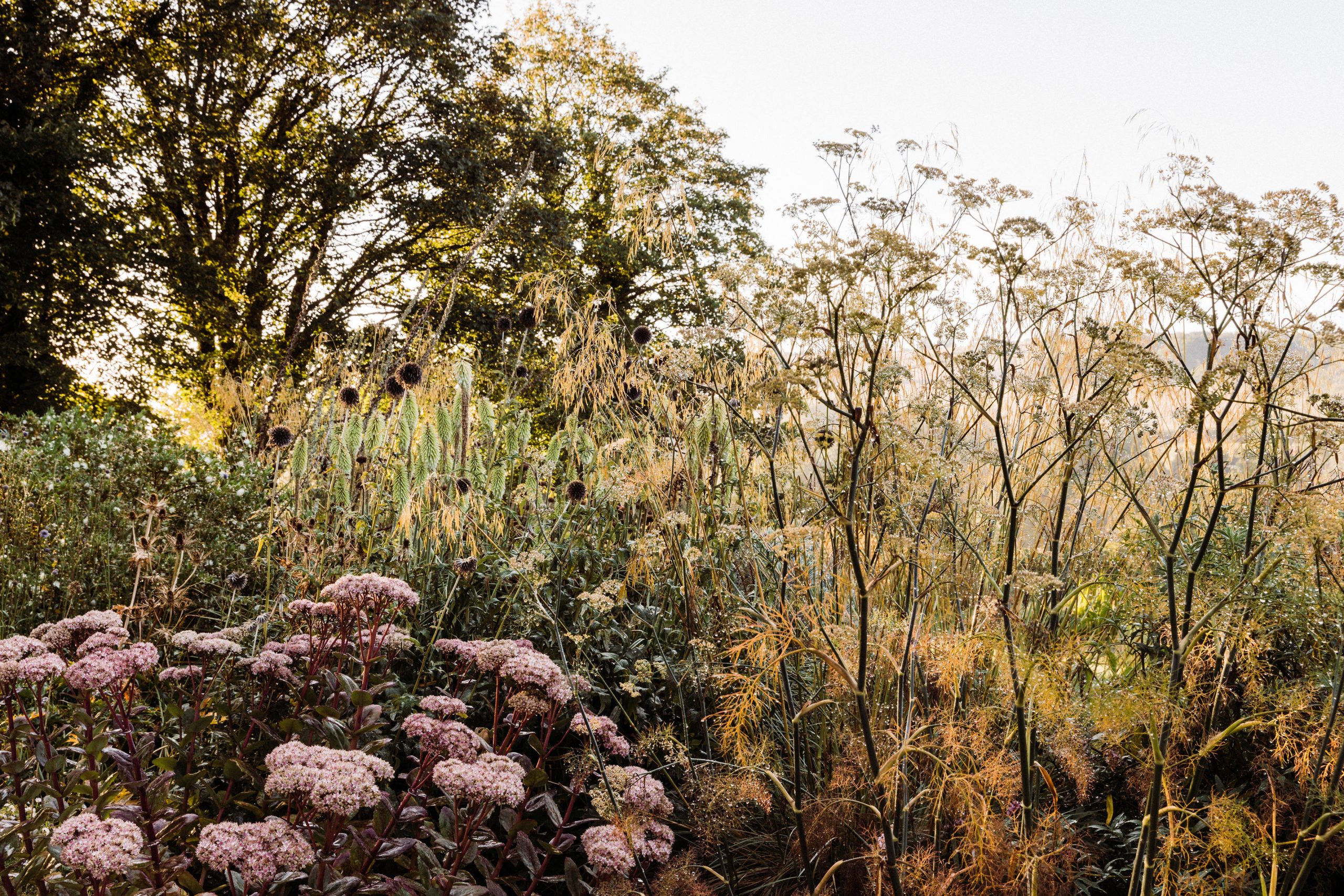 Henk Gerritsen was a brilliant garden designer who never got to see his full potential. His gardens are about the battle between man and nature; a battle that man should enjoy losing. In his gardens he lets weeds takeover: Hogweed; Bindweed and Hemlock… because their beauty and their terrifying triphid-like features mesmerised him …I would have loved to meet him… A bold, brave man who was ahead of his time.

The other day I attended a gardening course taught by a well-known old skool gardening guru… I knew she wasn’t organic or eco… but nothing quite prepared me for the utter ignorance and exclusion of all things environmental. This was gardening in a bubble and, to my horror; the middle class and middle-aged audience were lapping it up. I felt as if I was in some sickening seventies time warp as a woman with a variegated Cornus that was suffering on the edge of a riverbank (that often flooded) was told to give it a “good feed…some meat and two veg… Nothing organic… Lots of nitrogen.” My inner “swampy’ took up arms and wailed like a banshee demanding a justice my British politeness was unable to dispense.

I spent the journey home having imaginary out-quipping conversations.

Here’s a breakdown of my argument:

A Cornus is a dogwood – a native shrub that grows by riverbeds and in our hedgerows, it is often grown for its colourful stems. Firstly, I have a problem with variegation. Variegation is an anomaly in a plant, it normally occurs because the plant has genetically mutated and then the nursery trade grows it on as a cultivar…. Variegation immediately puts stress onto a plant as its leaves have less green chlorophyll to photosynthesise and get energy with. By keeping a variegated leaved plant you will always be fighting nature’s instinct to revert back AND you will have to feed it (AND it looks wrong). –What’s the point?

Nitrogen is needed by all plants in order to grow and thrive. It is very soluble, and so, when crop yield is low or an area of land has poor soil or has been flooded, it is normally the nitrogen that has gone from the soil. But what makes nitrogen “work” is the bacteria in the soil that process or “fix” atmospheric nitrogen into ammonia, which plants need in order to grow. Fertilisers used by the agricultural and horticultural industries tend to be liquid feeds containing Nitrogen. The problem is that we try and make every bit of soil “work’ and we are all using too much fertiliser and nitrogen (often because we aren’t giving our bacteria a fighting chance in the soil to produce more)… Because the nitrogen is soluble, the excess is running off the land into our watercourses causing huge amounts of devastating pollution and contributing greatly to climate change.

Of course, one woman feeding or not feeding Growmore to her Cornus isn’t going to change the world, but, I am desperate that she and all the gardeners like her understand the consequences of what they are doing when they ’manage’ their land or “break” the ecosystem by intervention. We are all responsible for our own little plots in this great beautiful planet of ours…. And that means educating ourselves on what is within them and what reactions your actions will create…

I don’t pretend to have all the answers, or to be an eco-paragon of virtue. What I would like to do is make you raise your head from your herbaceous border and vegetable bed and look around you… what you do and how you do it has consequences… good and bad and indifferent… What if you could make your garden a living metaphor for how the earth could be if we respected it? How much more beautiful would it be then?