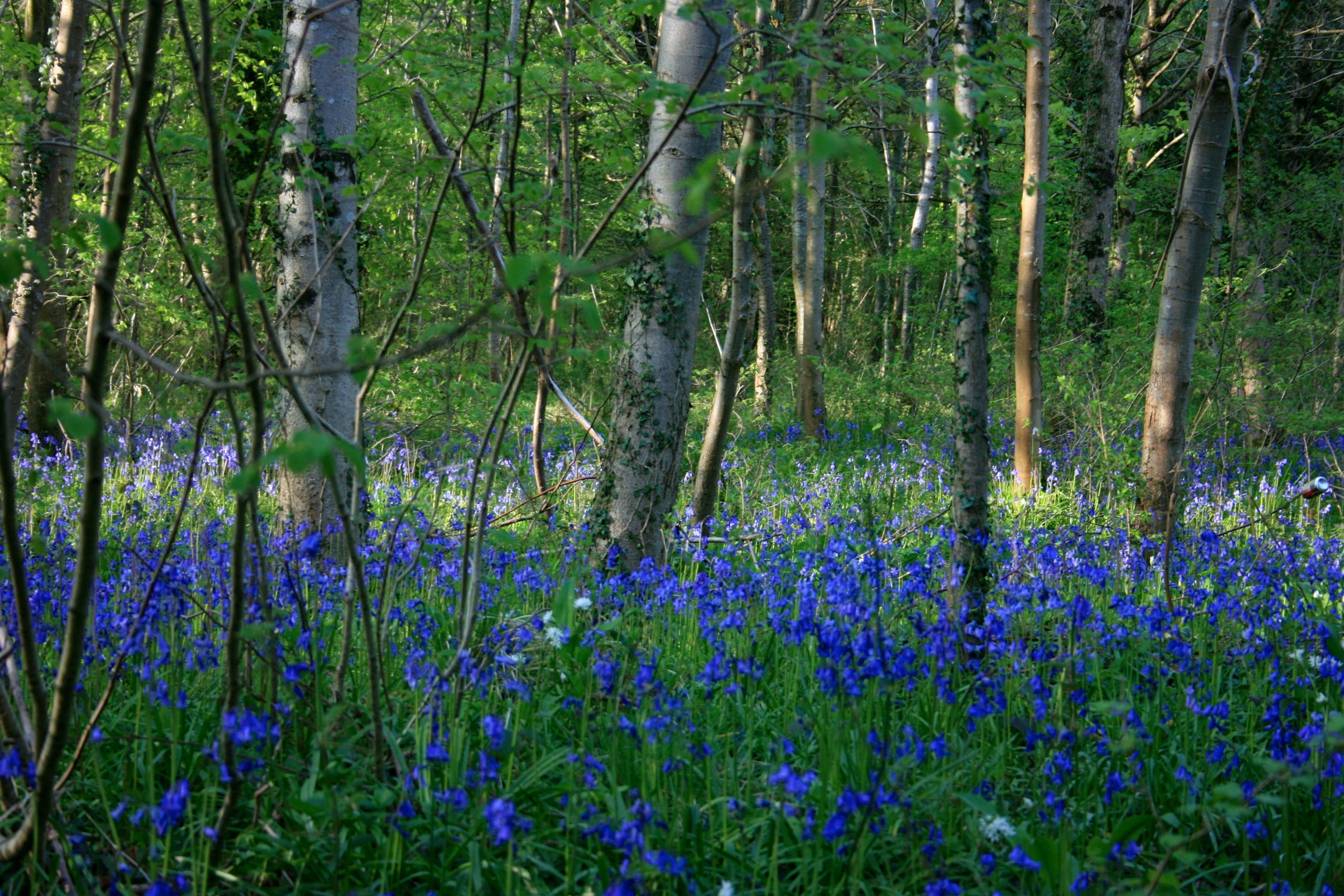 Oh Boy! May has come and the garden and countryside is full of blue. I stopped the car and photographed the bluebells in the hazel coppice and beech wood nearby.

What the photograph can’t capture is the serene stillness in woods like this…. The dense woodland completely encloses you: no noises from outside intrude…. A shriek of a disturbed blackbird… Then a return to stillness and a deep peace.

It isn’t just the silence that’s compelling; it’s the smell too. A light floral musk that mixes with the damp-moss smell of the wood.

I planted 3,000 bluebells (Hyacinthoides Non-Scripta) in my garden last November… Now they’ve come up… A lot of them look Spanish or hybridised. (Spanish bluebells are paler, do not droop or nod and have little scent). Our English bluebells are threatened by habitat destruction, illegal collection, the Muntjac deer and the rise of the Spanish Bluebell: an invasive species that hybridises easily with our native variety.

Still, there are lots of other blues in the garden to marvel at. The Camassia Leichtlinii in the Walnut meadow are out – putting on a wonderful show. 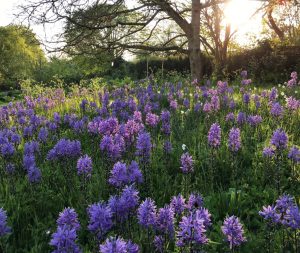 The Camassia is related to the Asparagus family and comes from the American prairies. Apparently it was a food source for many of the native peoples in the US and Canada. I was worried about putting it in the garden, thinking that the badgers/ squirrels/ deers might dig it up and eat it… But so far…. *Fingers crossed*.

This is Alkanet – the other blue in the garden. This was here when we arrived at the farm, there is no point in trying to get rid of it, – I suspect that this is indigenous to this place… There is so much of it it’s probably a keystone species! I keep it in check by strim-ing it before it goes to seed… it’s a bit like Rosebay Willowherb… A beautiful thug.