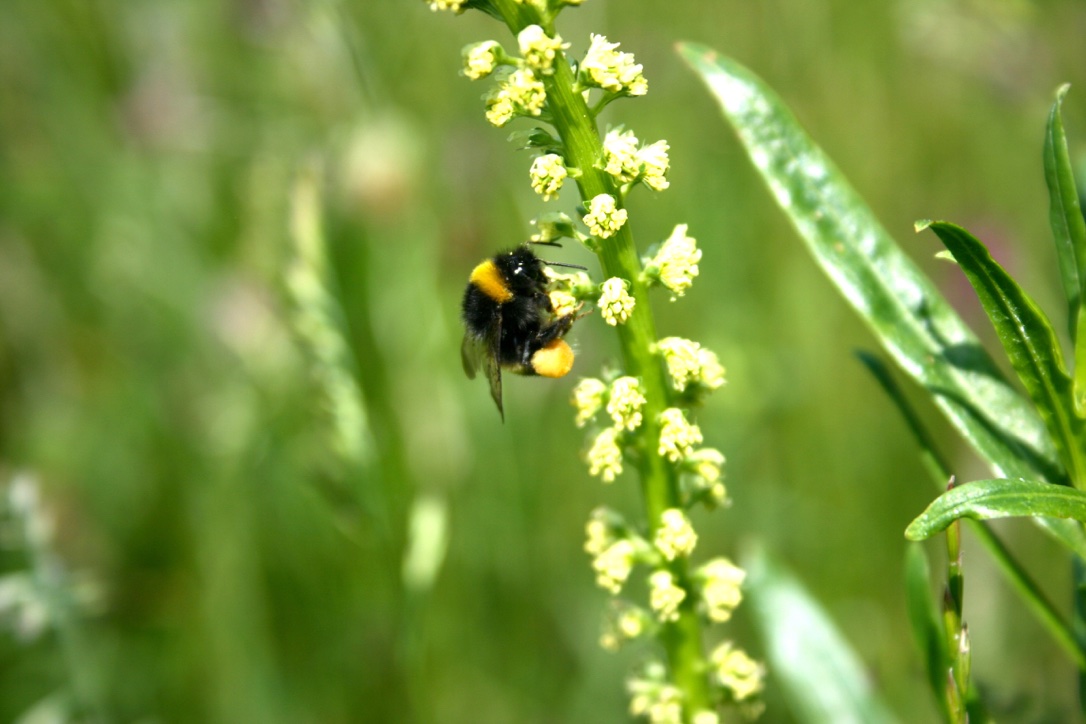 Dame Miriam Rothschild believes that a meadow only really comes into “being” when its about 15 years old… and even then it is not really “established”. Strictly speaking, meadows are areas of land that are man-managed, but, have their own unique grassland ecosystems.

My ‘meadows’ are not farmed, grazed, or large fields of land, so, I have to manage them differently and in many ways they function differently… These are extended areas of the garden and I am learning as I go how to create and maintain small areas of wildflowers and long grass within a garden. And, because they are part of a garden, they need to be decorative and sit within that setting while still being a meadow rather than a flower border.

The ‘Railway Meadow’ is about 100 metres by about 12 metres and is now in its third year…. It is cut at the end of August/September and all the hay is cleared and piled on the railway bank for the animals (mostly badgers) to use as nesting material.

The ‘Walnut Meadow’ is a bit of long grass and flowering lawn. This area is close to the house and I wanted to make sure that it looked like a deliberate feature rather than a bit of unmown lawn…It has nearly 1,000 bulbs planted within it so that it always has some colour.

I sowed this area and the ‘Chalk Bank’ behind in October last year. The topsoil and the turf were scraped off and the subsoil was then raked and sown with a meadow mix for chalk soil and cornfield annuals (as a nurse crop).

The greatest difficulty I have found with my meadows are perennial weeds. There is a pernicious perennial weed bank at the farm. Bramble, Bindweed, Hogweed, Thistle, Rosebay Willow Herb and Hemlock come back and back and back. Having stripped and disturbed the soil we have brought these weeds back to the surface and it has been back breaking work weeding them out of large tracts of land. Meadows are perceived to be ‘low maintenance’, but, I can assure you that this year we have worked harder on the meadows than anywhere else. My hope is that once the perennial grasses and flowers are established the weeding will reduce to spot weeding.

Are these meadows or pale imitations of them? Gardening really is the subtle chemistry of nature and man’s management of it.